Reaching New Heights With Velociti At The Farnborough Air Show 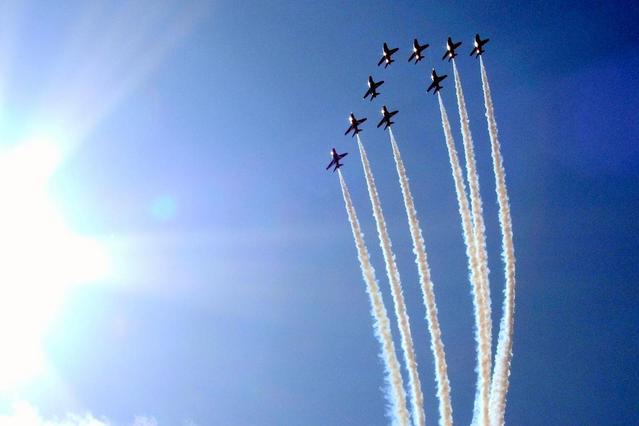 Last week, one of the world’s biggest aviation events took place, the Farnborough Air Show (FIA), which attracted its largest global audience to date, with around 100 countries in attendance including a record number of Asian delegates. Compared to previous years, there was also a 10% rise in trade attendees, totalling 80,000.

Following on from the unexpected announcement of Airbus at the 2017 Dubai Air Show of orders for the A380 aircraft with Emirates, and the last-minute deal with Boeing for the 787 aircraft, excitement was at fever-pitch for those awaiting the results from Airbus and Boeing orders.

Boeing declared victory with 528 orders and commitments while Airbus has 431, including up to 60 of the A220 jets formerly known as the Bombardier C Series, however, the details of both orders are unclear due to ongoing international trade negotiations. In addition, to counter the Airbus-Bombardier partnership, Boeing confirmed a deal earlier this month with Brazil’s Embraer to market small-size passenger jets.

Other exciting deals included the Virgin Orbit picking Cornwall Airport as its new British launch base, and Virgin will use a modified 747 jumbo jet to deliver one of its first launches outside the US. This news is quite timely as the UK is 37 weeks away from Brexit and there is still much uncertainty of the country’s aviation industry.

In addition to the airlines, suppliers and journalists, FIA is a significant event for economic development agencies worldwide, who are looking to attract foreign direct investment, with over 100 in attendance.

The OCO teams from Belfast, London, Paris and Frankfurt were there, representing more than 7 clients from the US, Canada and Europe! Our clients used this as a platform for international business development and as an opportunity to demonstrate their competitive advantages. While we had the meeting programmes prepared in advance, our key success came from walking the show and/or passing by inquiries which led to some interesting investment projects.

We also had several clients who used OCO’s business intelligence platform Velociti to analyse the exhibitors which successfully supported their pre-show outreach programme  with one client securing 14 meetings just through our research alone!

Eyes are on the next major aerospace events in Dubai and Paris, stay tuned!