A view from Ireland 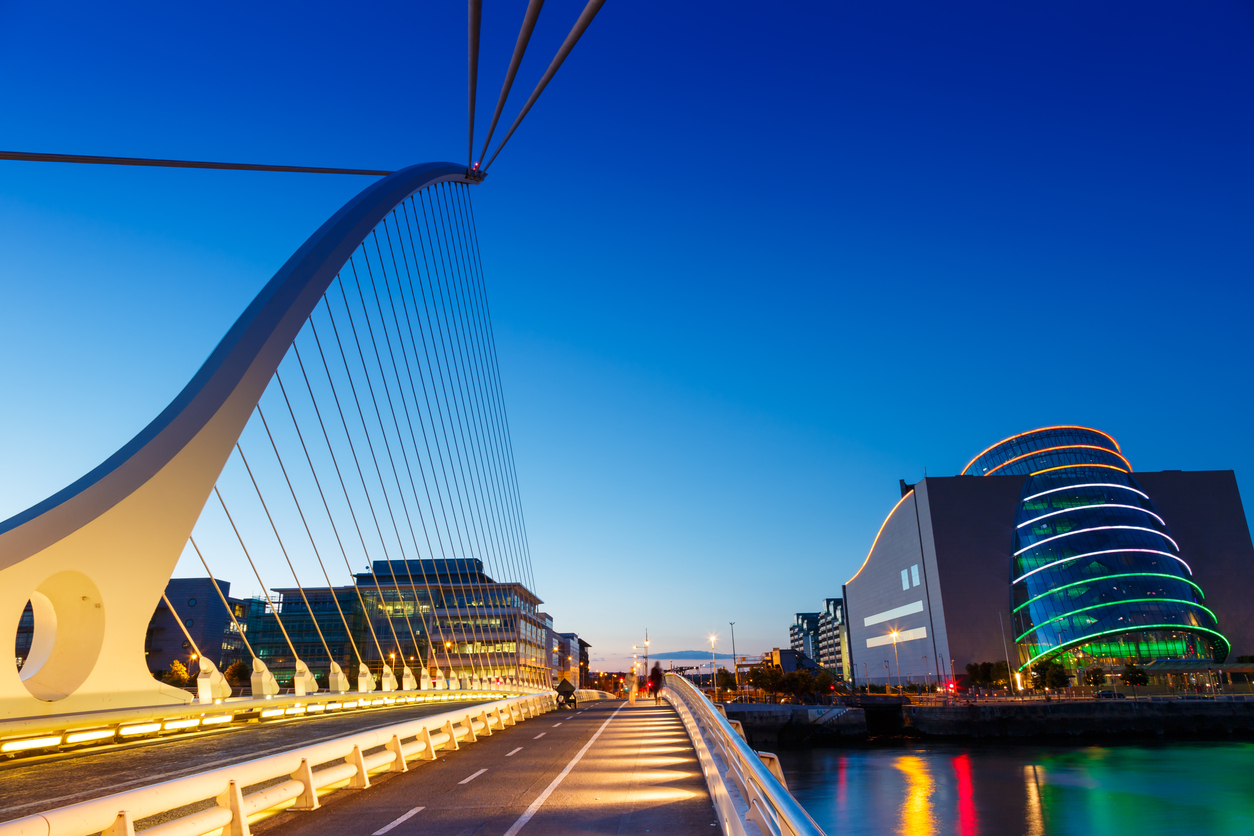 Trade Director for Republic of Ireland

The economic impact of the COVID-19 pandemic will be gigantic and felt widely – BUT unevenly. Our OCO teams across the world are taking a view from the markets assessing the vulnerability of the economy and the perspectives of its recovery

Ireland’s response to the COVID-19 situation was based on WHO, scientific and medical advice, on 12th March an announcement to close schools, colleges, childcare facilities and asking people to work from home was made. The approach taken was to slow the spread and flatten the curve. The seriousness of the situation was conveyed with the cancellation of all sporting events, St.Patrick’s Day parades and closing of all pubs, hotels and other places where social gatherings could occur.

Communication has been relatively good with daily information updates and advice from the country’s Chief Medical officer and other experts encouraging people to take precautionary measures. The Taoiseach (Prime Minister) Leo Varadkar made a State of the Nation on St. Patrick’s Day, calling for solidarity and community support to fight the virus and reassuring people that the State would support them and that the country would bounce back again. The message was to unite the country as one, acknowledge the problem and provide reassurance that the State would be there to help, however it is the calm before the storm. At present. only shops and pharmacies are open, with some businesses still operating. People are allowed outside but must practice social distancing. There is significant community solidarity and a sense of togetherness.

The pressure on the health system is beginning to show at this early stage. The truth of the spread of the virus is coming to light and the fear is that the situation is worse than reported and the uncertainty is how long will this situation prevail and will a complete lockdown be introduced.

The Irish economy has slowed significantly. Pharmaceuticals are Ireland’s largest export which are in significant, global demand. However, the question of whether supply chain issues might affect this sector and other key exports remains. The hospitality and retail sectors have almost completely closed. An exception to the slowdown are the hardware and DIY stores who have seen an uplift, with people seeing this time as an opportunity to get home DIY completed. Manufacturing companies are experiencing supply chain issues and staffing concerns due to self isolation and fear. There are large numbers of workers being laid off and many having their salaries reduced by 50%. This has a knock on impact on spending within the economy. Many companies have business continuity plans for working at home and other companies are implementing new procedures to facilitate this.

The government is encouraging companies to stay open if possible and are promising them that there will be financial supports available to ensure that they survive and are ready for the, ‘bounce back’ when this period is over. The main issue is how long will this period last and can the pause button be pressed on the economy.

Cash flow will be the key concern for companies. Despite government reassurance of supports, Ireland is the most indebted country in Europe, with a National Debt of circa €240bn or €43,000 per head of population. While Ireland has been experiencing trade surplus following the difficult times of the Troika, it is inevitable that national borrowings will have to increase significantly to weather this storm putting increased pressure on a recovering economy.

What is Government doing

There is never a good time for a crisis and Ireland has only recently had a general election. Negotiations between the two main political parties and others in an election which saw an unprecedented swing in voting are underway. However, no new government has been established. The Fine Gael government under the leadership of Taoiseach Leo Varadkar, remain as the Caretaker government.

Initial public feeling was positive about the government’s handling of this situation, taking a leadership role (despite our neighbours view points) in terms of closing schools, pubs, working from home and making people make significant changes to their lives through self isolation for the greater good. Communication has been daily and informative.

An appeal went out for additional health care staff from around the world and who recently retired, which was hugely successful. However some weaknesses are becoming apparent regarding the inviolability of testing equipment, PPE and the actual state of preparedness. Concerns exist around what are the real numbers of positive cases in the country, as there is a backlog of 40,000 cases to be tested and it is taking up to 5 days or more for a test. The test equipment is coming from China, which has its own supply chain issues. The trust which people are putting into the system is beginning to wear thin.

The government was quick to reassure that there would be supports available for people who lost their jobs, or had to stay at home due to the virus. Full details of all supports have yet to be confirmed and funding of these supports will most certainly be through borrowing measures.

The government has met with the main Banks and have initiated a range of supports, including providing workers with 3 month payment holidays on their mortgages. The Irish Revenue have also announced measures to defer collection of VAT and other taxes to reduce the burden on companies. Enterprise Ireland have also announced measures and financial supports to assist businesses in this period and help them prepare for when this period is over and business begins again.

The Irish government‘s announcements are positive and aimed at reassuring the citizens and the business community, that there is solidarity and that there will be support to overcome the challenges of this unprecedented period.

The question remains how severe will the situation get, how long will it last and will the government be able to to press the play button on the economy to ensure the bounce back happens.

Trade Director for Republic of Ireland