The Three ‘C’s’ central to America Building Back Better 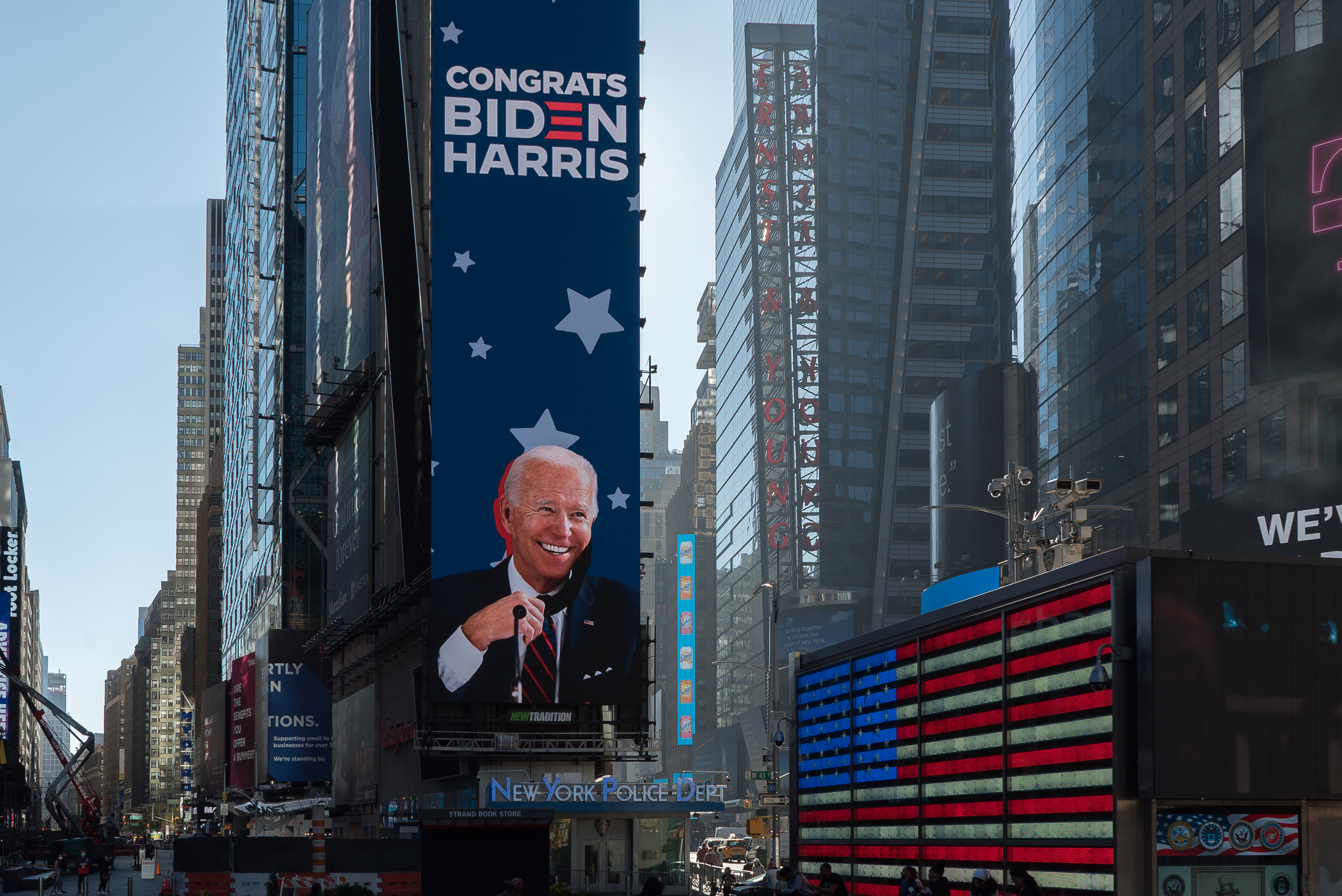 A US Presidential inauguration always brings a renewed sense of hope and optimism, not only to the 50 states themselves but across the globe. Even with a pandemic raging, never was this more the case than on Wednesday as Biden took the oath just as his predecessor landed in Florida.

The UK government were amongst the most prominent and hearty in their congratulations with the Prime Minister claiming Biden’s presidency as a ‘fantastic thing’. And now, as the stage at the Capitol and the 200,000 flags on the National Mall are packed away, and DC reverts from the Green Zone it has resembled for the last week, what does the Biden administration hold in-store for the US’ trading relationship with the world, and the UK in particular?

The new president inherits an in-tray and set of challenges like no-one before. Pandemic aside, it’s the economy that ranks highest in minds, not just in Corporate America but with the average citizen on the street – when asked during exit polls on Election Day in November and since. Despite recovering from the depths of the 1st wave of the virus US unemployment is still almost double what it was a year ago at 6.7% and Biden repeatedly committed to getting America back to work in his campaigning. This crucial domestic agenda however does overlap heavily with the strategy he adopts regarding the US’ political and economic relationship with the world.

Biden’s approach to China will define his global trade policy. Despite being much more moderate than his predecessor, it’s unlikely that attitudes towards China will soften greatly vs those of the Trump administration. What we can expect is a significant change in approach and a moving away from the ‘go-it-alone’ Trade war approach of the last 4 years. It’s expected that a multi-lateral approach and a coalition of the willing with a common purpose of reducing reliance on Chinese imports across critical industries and highlighted so starkly on PPE when the pandemic hit, will unfold. Those allies, with the UK being chief amongst them, seeking to strike a jewel in the crown US trade deal, will need to ensure its own China policy just does not diverge too widely. At the same time, a post Brexit ‘Global Britain’ will not want to be constrained, not place too many eggs in one basket.

A word of caution though. Any expectation that one should suspect a flurry of Trade deals in the early days of the administration are likely to be misplaced. For this reason, the UK was undoubtedly disappointed that it’s hoped for ‘mini’ Trade deal to remove punitive tariffs such as Scotch whiskey, was not completed before Team Trump left office. It’s much more likely that The Biden team will adopt a more gradual approach. For the UK, whilst having an EU deal now in place and the thorny issue of the Northern Ireland border resolved is a huge plus, it’s unlikely to be a top priority for the Biden team

Prominent amongst the stack of Executive orders Biden signed on his 1st day in the Oval Office, was a rolling-back of various Trump policies on climate change. The new administration has set bold targets and set an ambition for net zero US emissions by the middle of the century. In effect, this sounds the starting gun for the most fundamental re-shaping of the US economy in a century. And beyond the environmental imperative to shift the dial, this aligns neatly with Biden’s domestic and international policies. By signalling that the US will re-join the Paris climate accord (as well as organisations like the WHO and WTO) Biden is re-asserting the US’s leadership position in the world.

However more crucially, this climate change policy and the investment that it will bring creates jobs. The two trillion-dollar public investment programme that Biden flagged in his election promise will act as a magnet for, and ultimately be dwarfed by private and institutional investors, and crucially foreign investment. It is precisely on this agenda that international allies will seek to drive investment and trade flows with the US. I The parallels with the UK’s recently announced net zero ambitions are striking, and with it also hosting the COP26 event later this year provides the opportunity for it to be the US’ lead partner in this regard, and perhaps even a striking deadline for a Trade deal to be signed

Despite the Trump rhetoric being unpalatable to foreign investors in its tone, inward investment to the US remained resilient in the period pre-pandemic. However, this progressive and forward-looking agenda will appeal much more strongly, as opposed to the feeling of being ‘strong-armed’ into investing via tariffs and other punitive measures

The largest stack of Executive Orders related to Biden’s plans to tackle the pandemic and radically change its direction of travel in the US. With US business confidence at a 4 year low, rapidly rolling out vaccines and getting Americans back to work is his biggest immediate priority. Despite US innovation being 1st to market with vaccines, it’s roll-out across the states has been slow and if not addressed will erode confidence in the US economy further. And practically this effort will be all-consuming and distract from any efforts on other economic agendas, The sooner the US economy can open up, business travel commences and allies can negotiate trade deals face to face, the better. International investment globally, and into the US is expected to have fallen by 50% for the year 2020, and re-establishing connectivity to international markets will undoubtedly releases some pent-up demand.  Participation and foreign investment. Across US previous election cycles, we also typically see a 20%+ ‘bounce’ in both inward and outward investment as investors who had been holding back, progress investment decisions.

Over time, we may even reflect on some positives that emerge from the pandemic and how it ushered in a golden age in the advancement of biosciences, technology and re-shaping of industries across the world. For innovation-rich, progressive economies such as the US and the UK, it has already and has the potential to act as a pivotal point in re-shaping both domestic economies and the nature of their relationships with the world at large. As both proud nations seek to recover from a rocky recent past, it will be defined not just by it’s actions in crushing the virus in the short term, but the bold actions they take from that point.